ERC-20
is a technical standard used for smart contracts on the Ethereum blockchain for implementing tokens.

COINS are digital assets native to a particular blockchain and defined by the network protocol.

TOKENS are digital assets defined by a project or smart contract and built on a specific blockchain.

BLOCK #0 The first Bitcoin block, called the Genesis Block was mined in January 3, 2009.

Use BLOCKEXPLORER to watch the latest blocks as they are mined.

What is My Hashrate? view your computer's hash rate

Miners can be individuals, pools or large industrial operations. Many are located where electricity is less expensive or subsidized.

Why the Biggest Bitcoin Mines Are in China IEEE Spectrum 2017

How I built a Bitcoin empire. Marco Streng  TED talk 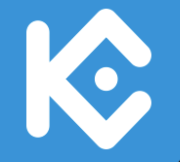